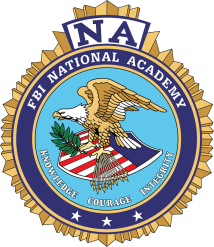 The FBI National Academy is a professional course of study for U.S. and international law enforcement managers nominated by their agency heads because of demonstrated leadership qualities. The 10-week program, which provides coursework in intelligence theory, terrorism and terrorist mindsets, management science, law, behavioral science, law enforcement communication, and forensic science, serves to improve the administration of justice in police departments and agencies at home and abroad and to raise law enforcement standards, knowledge, and cooperation worldwide. 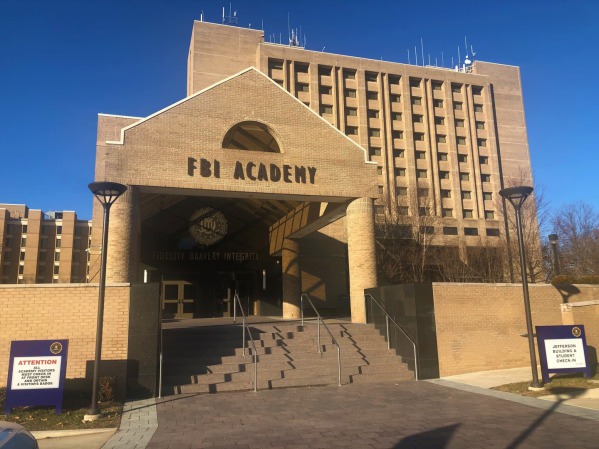 Brief History of the National Academy

The Academy began July 29, 1935. It was created in response to a 1930 study by the Wickersham Commission that recommended the standardization and professionalization of law enforcement departments across the U.S. through centralized training. With strong support from the International Association of Chiefs of Police and with the authority of Congress and the Department of Justice, the “FBI Police Training School” was born. Courses at that time included scientific aids in crime detection, preparation of reports, criminal investigation techniques, and administration and organization. With the advent of World War II, courses were added in espionage and sabotage.

China, Canada, and Great Britain were among the first countries to send representatives in the late 1930s, but usually only a few officers per session. The number of international students began to rise in August 1962, when President Kennedy signed National Security Action Memorandum No. 177 to enhance the training of overseas officers in the United States. As a result, the FBI began accepting up to 20 international law enforcement executives in each National Academy Session.

Today, each session includes up to 35 international students, approximately 10 percent of each class. Thousands of international leaders from over 160 countries have graduated from the National Academy. As global crime and terror continue to mount–requiring ever deepening levels of international cooperation and expertise–the FBI continues to put a priority on including our international partners in these training opportunities. 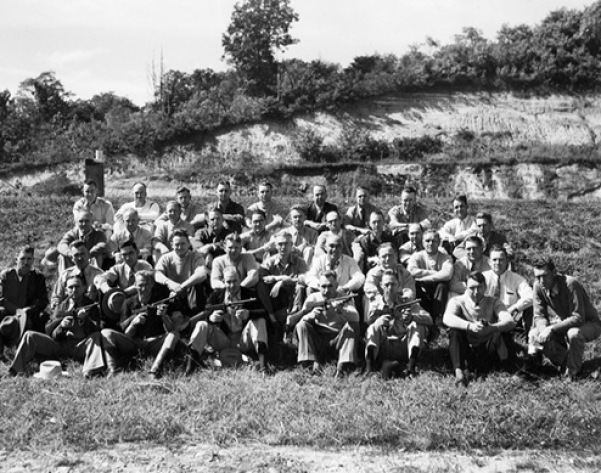 Leaders and managers of state, local, county, tribal, military, federal, and international law enforcement agencies attend the FBI National Academy. Participation is by invitation only, through a nomination process. Participants are drawn from every U.S. state and territory and from international partner nations.

Sessions of approximately 265 officers take undergraduate and/or graduate courses at the FBI campus in Quantico, Virginia. Classes are offered in a diverse set of areas and officers participate in a wide range of leadership and specialized trainings. Officers share ideas, techniques, and experiences with each other and create lifelong partnerships that transcend state and national borders.

Virtually every day a law enforcement or security officer overseas runs down a lead or shares information that helps solve or support an FBI case in the United States. One vital way that we build the international partnerships needed to gain that assistance in through the FBI National Academy. The program gathers law enforcement leaders from around the world to learn and train together–elevating levels of expertise and building bonds of friendship that last for years.

National Academy graduates fondly recall their experience on the “Yellow Brick Road.” The final test of the fitness challenge, the Yellow Brick Road is a grueling 6.1 mile run through a hilly, wooded trail built by the Marines. Along the way, the participants must climb over walls, run through creeks, jump through simulated windows, scale rock faces with ropes, crawl under barbed wire in muddy water, maneuver across a cargo net, and more. When (and if) the students complete this difficult test, they receive an actual yellow brick to memorialize their achievement. The course came to be known as the “Yellow Brick Road” years ago, after the Marines placed yellow bricks at various spots to show runners the way through the wooded trail. The overall fitness challenge began at the National Academy in 1981 and has evolved over the years; we started awarding yellow bricks in 1988. 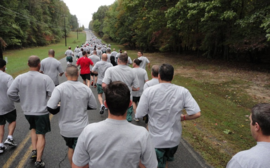 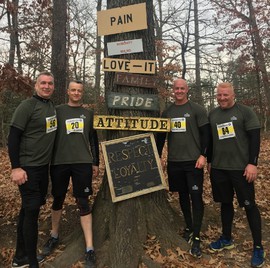 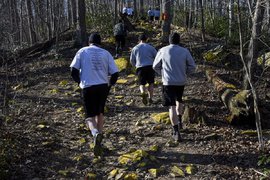